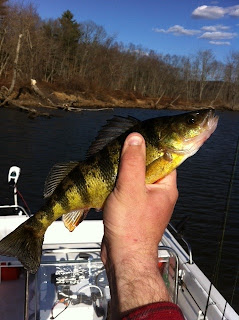 Beautiful weather brought out a decent number of anglers on the CT River this weekend, and I was one making my first and somewhat belated trip. I posted a bit about my screw up with the Gemma Rose II 's electronics, but not much on the fishing. With water temps pushing up towards the mid 40s and ice long gone, many fish have on the pre-spawn feedbag. I was hoping to nab a pike or two, but given the late start and need to be off the water by mid-afternoon, I wasn't holding my breath. I like to target pike in those magic hours of dawn or dusk. Seeing as this was the maiden voyage of the GRII, priority number one was just getting a few fish over the rail, and fat slab crappie and pre-spawn yellow perch were a plenty in the Haddam area coves. Had a couple of aggressive pickerel whack some Sebile swimmers as well. I didn't really mess with bass as I was looking for pike, but several boats had hooked into bass in the laydowns.

I'll need to make some minor adjustments here and there on the boat before heading out next weekend, where I have to make the fishing count as I'll be overseas for the start of the herring runs! As far as the Triumph Skiff goes, it would be difficult to give much of an evaluation based on yesterday, but I can say that I'm happy it didn't have gel coat (see pic). With no docking facilities, I just tied it up to the concrete ramp. A few scratches. Who cares! 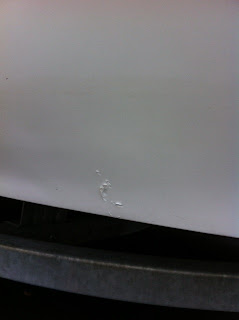 Yes indeed. First trip out on the Gemma Rose II yesterday. Beautiful day to be on the water! I went out mid-morning, as this was as much about giving the boat a thorough run through as it was about fishing. Love the layout, got the Lowrance dialed in, plenty of room for all my crap, the VHF radio works great, could only run at 2400rpm.....2400rpm WTF! Proper Planning Prevents Piss-Poor Performance and my performance was piss-poor. Wasn't going to do much running around at a max of 9mph. See if you can spot the srew up. 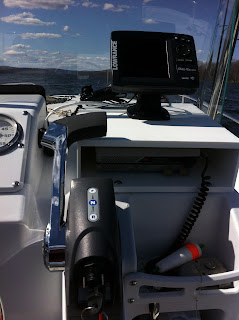 The radio box, while it fits wonderfully in the space at the top of the console, also blocks the throttle. 2400rpm is a few hundred less than I need to even get up on plane. Yesterday was a lot of slow cruising around the Haddam area. Still, I caught a bunch of fish, including fat crappie and perch, as well as some pickeral and small bass. The GRII was officially blooded as well. At least I caught fish, or I would still be out there. No boat should get skunked on her maiden voyage. I guess I have a new project for the week.
Posted by RNA at 10:44 AM No comments:

Connecticut and Rhode Island Fishing Report 3-21-13
Posted by RNA at 4:50 PM No comments: 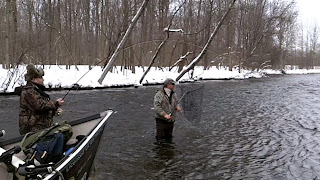 Salmon River NY, where "Fish Off" is almost as common as "Fish On." It's ton's of fun catching steelies on light fly and spinning gear. I was hoping this would be a spring crushing, but Mother Nature chose not to cooperate. Snow and cold water means that most of the spawning run has yet to arrive, which is great news if you are still planning to head up. Spawning beds on the upper section were all sporting "Vacancy" signs, with the few fish in hanging just back in some of the holes or under heavy cover. This meant you had to work for your catch, and make the hookups count. With the weather looking more favorable, and water temps bound to warm towards that 40 degree mark, the fishing should really start to pick up. I would love to be able to head back up in the next few weeks, but with an upcoming trip to the UK, another shot at spring steelies just isn't in the cards. If you can make the trip, you should be rewarded with some great fishing. Check out Scott Glazier at Tinker Tavern Lodge, 'cause if there are fish to be caught, he will put you on them. Landing them is up to you.

Dreaming she was sold in Florida....

Connecticut and Rhode Island Fishing Report 3-14-13
Posted by RNA at 7:56 AM No comments:

A Call for Action

The following is re-posted with permission from Kierran Broatch and The Connecticut Yankee blog.

A Call For Action

It's not often that I use this blog as a pulpit, but this is an important issue and something that could be avoided if enough anglers speak up. I fear that many don't know what's at risk and by the time they find out, it could already be too late. So here's the skinny...

One of only three CT DEEP hatcheries, the Kensington State Fish Hatchery, will close due to budget cuts if we don't voice our opinions to the powers at be. The key is to make the State of Connecticut aware that this decision will ultimately lose us money instead of save it by hurting fishing license sales and other spending from trout and salmon anglers. Every phone call and email/letter reiterating this message to members of the General Assembly's Appropriations Committee, specifically the Conservation & Development Subcommittee, can help our cause.

In the fine print of this section of the proposed State budget, the 8th bullet down on page 194 recommends reducing the number of state-run hatcheries (read: Kensignton) to the tune of saving $149,910. I realize the State has a spending problem and cuts need to be made somewhere, but should we really be cutting things that generate more money than they cost to run?  I would argue that getting rid of everything this hatchery brings to the table could cost us much more than $150K. An uniformed legislator may look at the overall production of our three hatcheries and easily write off Kensington because it's responsible for only 10% of the trout stocked in Connecticut waters. However, this facility is an example of quality over quantity and you have to look deeper to find out what freshwater anglers would really lose.

Kensington Hatchery is unique because it's responsible for all of Connecticut's Seeforellen brown trout, which are a German strain of trout that grow very large. The facility in question just so happens to have the only disease-free stock of Seeforellens left in the nation and closing it would mean tossing years of hard work right out the window. The hatchery produces approximately 50,000 catchable size trout and 700 surplus broodstock trout annually that are stocked in our most important trout waters. In addition, 250,000 of its fry and parr are used annually in programs to enhance sea run and wild trout populations. Simply put, Kensington fish live longer, grow larger, and are wilder in nature than trout coming from our other hatcheries.

But it's not just about trout. Approximately 2,000 broodstock Atlantic salmon are produced at Kensington Hatchery and stocked annually into the Naugatuck and Shetucket Rivers and a few lakes. These fisheries are quite popular now and attract anglers from around the Northeast. In fact, it's estimated that Connecticut's Atlantic salmon fishery attracts 5,000 – 7,000 trips per year and those anglers spend a combined $500,000 doing so. If Kensington closes, there will be no more broodstock salmon stocked in our waterways! Furthermore, the Salmon in the Classroom program, known as "Fish Friends," will no longer exist in the 90 Connecticut schools that now receive salmon eggs, and the last of the remaining salmon fry released in our rivers and streams, about 300,000 per year, will also go bye-bye if Kensington closes shop.

Chew on these numbers for a minute...

So what exactly is the rational again behind saving $149,910 by closing Kensington Hatchery??

Below is the contact information for Connecticut Senators and Representatives who have some say in the editing of the fish hatchery budget line item. Please take a few minutes and reach out. Keep in mind that phone calls have more of an impact than emails, but anything is better than nothing. Thank you.

Not exactly New England, but my old neck of the woods.
Catfishingpro.com • View topic - Catfishing the James River Virginia with a Pro
Posted by RNA at 10:44 PM No comments: 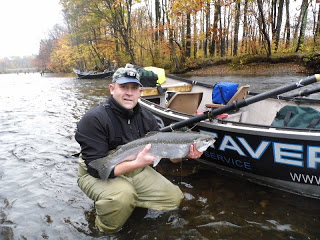 After a few trips in November and December, it's been a long wait to get back to steelhead fishing.  I missed some great January/February fishing this year, as you will see from Jimmy Fee's OTW article.  Luckily, I'll be headed back up in 2 weeks and will have my own material to report.  I'll be fishing with Scott Glazier, pictured in the article.
January Thaw Fishing Report – Midwinter Steel
Posted by RNA at 11:53 AM No comments: 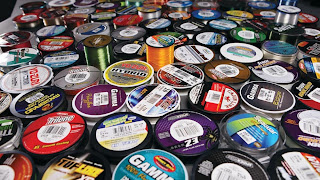 Check out any fishing forum in the last month or so, and there's bound to be an extended discussion on what type of line to use. By now, we're all anxious to get out and do some open water fishing, and finishing up the last of the winter chores like respooling old reels and those new ones we've purchased (and kept out of our spouse's or significant other's view). Somewhere in my garage, you can find a setup with about any type of line you can imagine. People are always asking what to spool up with. There are numerous options and hundreds of brands. Different anglers have differing preferences. Some guys will give you a simple mono, braid or flouro answer. Try as I might, my responses usually turn into dissertations. Rather than launching into a long winded discussion, I'm going to adhere to the adage, work smarter not harder. So linked below are a great series of articles on fishing lines, all from SportFishingMag.com.

Back It Up With Braid

I hate spooling thousands of feet of line over the winter.  Here is a cheap way to build a spooler.  The two boards look a bit flimsey, so I just drilled the hole through a verticle 2x4 in my work area.

via DEEP and CT Outfitters.... 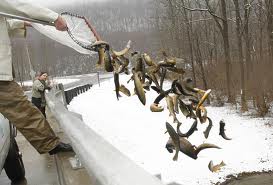 From Kierran and OTW.  He also maintains a nice blog, linked on the right.
Connecticut and Rhode Island Fishing Report 2-28-13
Posted by RNA at 12:14 PM No comments: