"You live in Connecticut Dude."

True, I've now lived in CT for over a dozen years, making it back down to Virginia or points further south now and again.  As my site points out, there was no "Wicked Fishahs" where I grew up, and back in Virginia and on the OBX I was just a guy who loved to fish. My accent is Richmond as opposed to Deep South (The Dialect Quiz says I come from either Richmond or Lubbock How Ya'll and Youse Guys Talk). However, move to Connecticut and take the Redneck Quiz, and I certainly qualify. 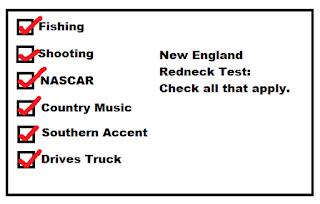 My friends and co-workers quickly decided I was the biggest redneck they knew (as if they knew a lot). I'm the only guy at work with a truck full of tackle and a Connecticut Carry Defense League sticker on the back, though I'm certainly not the only one in CT. I can state that I am completely past the novelty of winters dumping feet of snow at a time, the taxes and governance suck, and I often wonder just what possessed us to move up here. My kids are totally screwed up between my Southern accent, my wife's British one and whatever they pick up around here. When I do get back down south, I never want to come back up.

Perhaps the best thing living in New England has done is to expose me to whole new realms of fishing. The stripers that were all but disappearing during my high school and college days are back in the Long Island Sound (and we need to work to keep it that way). I had numerous trips this season where we've brought more than a dozen fish in the mid-30" to well over 40" to the side of the Gemma Rose II. Almost all were released to spawn and fight another day. The chopper blues that I chased up and down the OBX during the fall and spring runs are camped out all summer here. Beyond these old favorites, I've had many new opportunities including a chance to land a couple of bluefin as well as chase northern pike, steelhead and king salmon on the fly on a regular basis. Last year I finally gave in and started ice fishing, and I had a BLAST!  This season I've fished from Southern Florida to Lake Ontario catching nearly 3 dozen species of fish, and I'm still looking for more.

I'm by no means the best angler or the most experienced out there, but I passionate about the sport and want to share it with as many others as I can. Am I a redneck? Depends on your definition. I think of myself more as a jack of all trades when it comes to fishing, always looking to expand my horizons and cross another adventure off my bucket list. 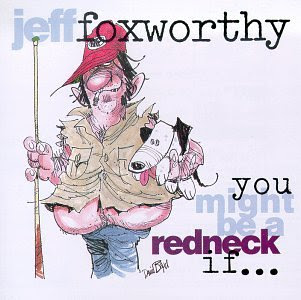 When big choppers are in full on blitz mode, what you're throwing typically doesn't matter, so long as it's extra heavy duty. If they're down and I'm live lining, an adult bunker is usually too good for them to pass up. Fishing them on a bridled rig with a stinger or bitch hook practically guarantees a hookset with each bait, or keeps the bait swimming actively for long periods of time. I use this setup on other toothy critters like pike, and barracuda down south. Last weeks big blues were chomping right through 45lb. wire, so these are rigged with 80lb. Berkley Steelon, 8/0 circle hooks and Mustad 2/0 3X Strong trebles. Both the circle and stinger are crimped individually to the swivel. The circle gets hooked through the nose and the stinger can either go through near the tail, or as I prefer for a more durable bait, rubber banded near the tail. This method puts very little stress on the bait and keeps it fresh. You can slow troll as well. 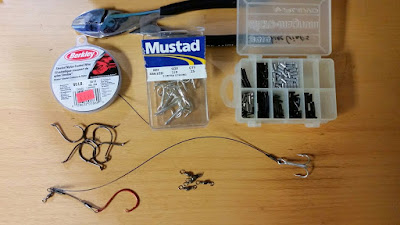 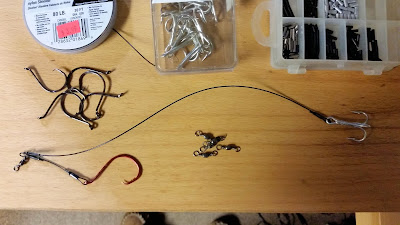 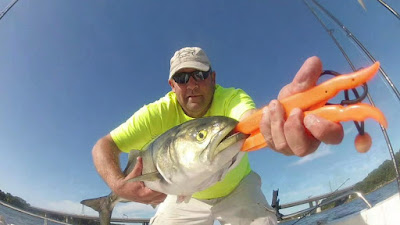