So you ask, "Which ice chest do I buy?" Let me start out by stating that I have an Engel Cooler​, and have been generally pleased with performance. While it was tied for second to the Cabelas Polar Cap in ice retention, ahead of Yeti, the Field and Field & Stream​ criticisms of the latch system are valid. Though I'm not worried about bear, I do stand on my Engel all the time and a latch sometimes comes undone due to compression. This really shouldn't happen. I do not believe any of their coolers are made in America anymore, and I really want to try and BUY AMERICAN whenever possible. This, first and foremost, is why I will likely look at the Pelican in the future. YETI Cooler fans, before you pat yourself on the back, there's a good chance your cooler is made in the Philippines, and you're paying $80 more for a lesser product according to a number of independent testers, so hey, #yeticoolers :) Yeti does a great job marketing, but that doesn't keep ice longer. Another cooler not tested here is RTIC Coolers​, which is making a name on the internet and claiming better ice retention at half the price of many tested in the article below. However, they are made in China, and when I contacted RTIC, found out that you get charged the full price to wait about 135 days to receive an order.  I will say that spending a couple of hundred on a cooler might seem a bit ridiculous to many, but once you have a nice one that holds ice for days, can take the punishment of 260lb. jumping up and down, and doesn't end up brittle and cracked after a season or two, you'll consider your $$$ well spent. 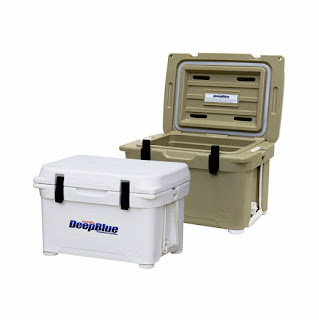 Connecticut Fishing Report – March 24, 2016 - On The Water: Holdover striped bass continue to spark the interest of Connecticut anglers, and while crowds will be plentiful, so will the fish.
Posted by RNA at 2:46 PM No comments: 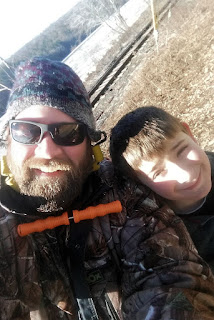 While there are times when I consider whether I could make a living fishing full time, the reality is, like many of you, I'm often reduced to the role of weekend warrior by the demands of family and my "full time" profession. (As a teacher, my wife repeatedly reminds me that I work a max of 186 days per year.) Winter especially becomes more difficult, as the days are short, local opportunities limited and Mr. Mom duties - thank God I at least drive a truck - mean that I'm often a few weeks between wetting a line. Friday evening dance classes for my daughter mean that getting a jump on a weekend trip to fish steelhead in upstate has become a rarity. I look at my calendar and for weeks rarely see an opening. Don't get me wrong, I don't want to miss out on doing this stuff, but seeing pics of some of my friends out all hours of the day and night fishing can be painful during these periods. Right now, I'm on a particular roll, not having fished in almost a month! Admittedly, I've passed on a few opportunities, choosing instead to attend some of the winter fishing shows where I've had the chance to catch up with friends, make some new ones, and BS endlessly about my favorite subject. However, the winter doldrums are just about over. This weekend I will set the clocks forward, put the Gemma Rose II in the water for the first time this season, and prepare to get my FISH ON!

How To: Maintain A Smooth Drag On A Spinning Reel - On The Water

How To: Maintain A Smooth Drag On A Spinning Reel - On The Water: Guide for maintaining the drag on your spinning reel.
Posted by RNA at 3:16 PM No comments:

Wader Repair And Care Guide - On The Water

Last season was the year of the leaky waders for me.  Three pair sprung leaks within weeks of each other. One pair was warranteed, and the other two await repairs. If you've sprung a leak, check out this article.

Wader Repair And Care Guide - On The Water: When properly taken care of, a pair of waders will last for many years. Read more →
Posted by RNA at 8:47 PM No comments: