Rosh Hashanah means one thing for me, a day off from teaching at Cheshire HS for some beautiful fall fishing. With Meriden schools still in session, I was kid free and my biggest concern was where to fish. Fortunately, Jack had called Friday with a cancellation, and wanted to know if I was interested in going out to chase some albies. I met up with Jack (Balint - The Fish Connection) and Mark at 5:45a.m. in Stonington, just as the sun was peeking over the horizon and the tide was beginning to really flow out past Watch Hill Point. The air was crisp and clear. We couldn't have dialed up a better fall day. It wasn't to long before we saw some singles and small groups of the distinctly green albies with their tuna tails breaking the surface. They were still pretty scattered, but Mark hooked up early and that screaming drag to me is as Puccini to an opera fan. Drifting back through the rip as Mark worked on his fish, we could see a large school really busting from our previous location. As soon as we could we motored back up, and I got a cast right into the school yielding my first albie of the season. At this point, I was thinking "game on," that this was going to be one of those days where we just crush them. Not to be. This was the last big blitz we saw, though schools roamed from Watch Hill east along the SoCo. I was tossing an unweighted white Zoom fluke, that just didn't seem to have the allure or casting distance of the soft plastic mark was throwing. I hate to admit that I can't recall the brand now, but will get in touch with him for that. I went on to have 2 more hits without a hookset the rest of the day, seeming to always be 10-20 yards out of range when a school popped up. Mark did better though, landing three more and losing two. There were certainly other options, as the striper fishing has really been good, but there were enough albies to keep us in the chase. Though not the non-stop action I had hoped for, it was still a great day on the water with two outstanding fishermen. I can't wait to get back out Friday with my "little" brother.

Heading out of Stonington at dawn. 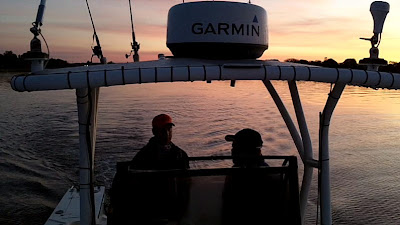 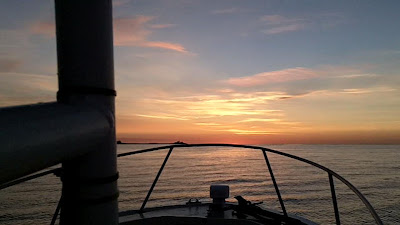 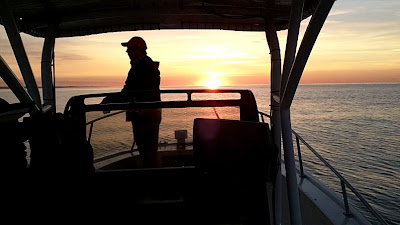 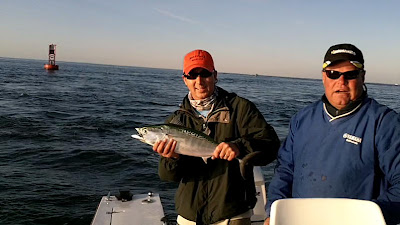 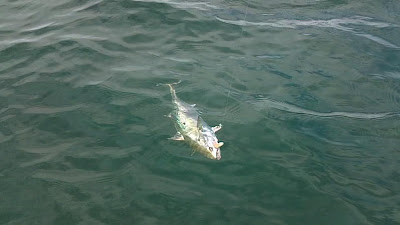 Just a quick update from Labor Day Weekend. Sunday brought beautiful weather and good tides. I was looking forward to a day on the water. Loads of blues from 4-10lb. range to snappers on my fly rod. Went from Race Point at dawn, to East Point on Fishers, Stonington and down to Two-Tree and Millstone looking (hoping) for albies. I had 2 rods rigged and ready all day; one with a deadly dick and another with an unweighted pearl Zoom Fluke. No luck anywhere. :( It's only a matter of time.

On a completely unrelated note.... I am anxiously awaiting the arrival of my new fishing partner, Gus! He is coming to us from Southern Jewel Animal Rescue/Last Chance Highway. You may have seen this organization on Animal Planet. Sam, the kids and I can't wait for his arrival Saturday. If you've ever thought about adopting a dog, please check out their website. 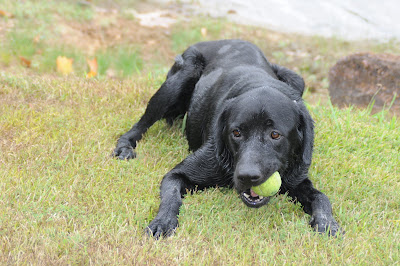 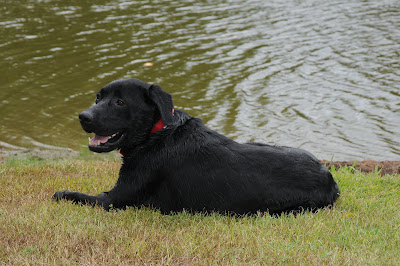 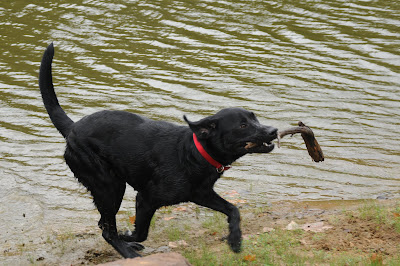 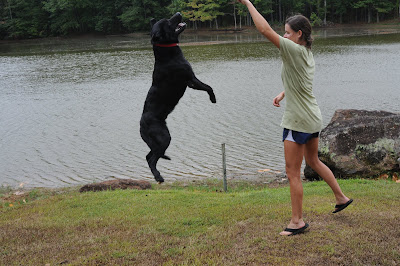