Fishing Block Island Under the Cover of Darkness - On The Water 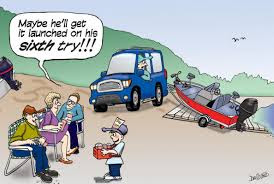 After a two week hiatus, I was back out fishing the salt in CT. As the wind was picking up a bit, I opted to stick to some of the inshore reefs near the mouth of the CT River. Good news is that the bunker are moving east in large numbers. You could walk from Cornfield to the mouth of the CT River on adult bunker while Harbor One and North Cove were filled with 5-6" juvenile fish. On the flip side, there were not too many fish blowing up through all of this. I only landed a handful of run of the mill fish in the low-mid 30" range. That's not to say that there aren't big fish around. Plenty of fish have filled in from both the South and West, and I know of a couple of 50lb.+ landed last night and today. Water temps were still in the mid-60s. Big blues are still further to the west, but I expect to see more and more hot on the heels of these bunker. Fourth of July Weekend also marks the start of summer for the pleasure boaters and other on the water idiots. If you're bored and looking for some entertainment, check out the local boat launches. I did a slalom run with my trailer to back around two guys who where prepping their boats on the ramp and waiting for about a three trailer width opening to back down. I'll be taking the next two days off, and fishing more weekdays evenings through the summer.
Tight Lines!
Posted by RNA at 8:50 PM No comments: