Fall Trout Fishing Picks Up as Water Settles Down

Albies Show, But All I Got Was The Blues! 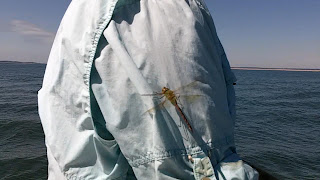 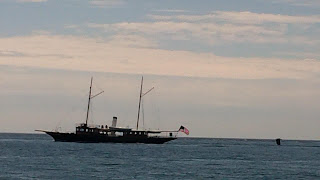 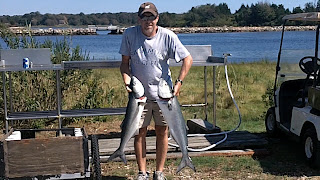 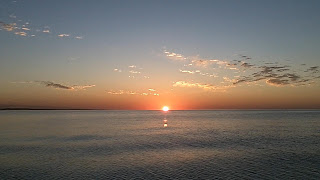 My fishing schedule has sucked as people expect me to go to work! Got out today (as did half of CT, RI and NY) to try and chase some stripers and albies. Ended up with the blues. Went with Capt. Jack and my good friend and Anglers' Pledge recruit Dave. He's now been out four times this year (beginning w/ one of 'Lungs cod trips) and loves it! Big lone choppers were roaming Watch Hill early as the tide was coming in, and for the first hour or so it was steady hookups with lots of break offs as they sawed through 80lb. test leaders. The fish were in the low teens. As the bass, which had been off and on here all through August, never showed, we made a move along the south side of Fisher's to Race Point. The blues continued for another hour or so as the tide began to slack. We were fairly close to what is left of the grounded tug and I had just released a long cast. A school of albies broke thirty feet to my side of the boat. Dave had a line out the other side. I ditched my rod and grabbed for a ready rod to throw a Zoom Super Fluke, but it was too late. School broke again 50 yards farther out. Ten minutes later, a school broke off our stern heading away. I was finishing a retrieve and snapped off a quick cast but came up short. That was it. No albies today. The tide was completely slack, and of the 40-50 boats that were out at Valiant Rock, at least half were motoring in our direction. If there were any more fish in the area, they weren't coming up with a boat idling every 30 yards. As the outgoing tide began to pick up, the fishing did not. We had boats from Orient Point and Montauk over in our neck of the woods, so their fishing must have really sucked. Wanting to get away from the bulk of the traffic, we moved back to Watch Hill, were Dave went off on big blues and a bass which flattened the hook as Dave got over-excited when he drew it up to the boat. I got nada. One hit as I dropped my jig off the backside of a flat-top rock that I know usually has a bass or two waiting. SO in the end, lots of blues, some lost bass, and we at least saw some albies. All in all, a fun day.