Danny and I had a great fishing road trip to upstate NY. With my boat out of action and Doug coming up to fish, we went to a Plan B - fishing Lake Ontario. I've never fished out on the lake, and thought this would be a fun change of pace. Doug and I are each about 4-1/2 hours drive time from Oswego, NY. Of course Danny and I had to find a new diner for lunch on the way, stopping at Crazy Otto's Empire Diner. We arrived at Feeder Creek Lodge in the mid-afternoon, and after getting settled, headed out for some smallie fishing on the Salmon River. We met up with Uncle Doug at Eddie's for dinner. Today we fished with Capt. Bill VanWormer/Lucky Dutchman Charters. We couldn't have asked for a more beautiful day or better company that Capt. Bill and his grandson Dylan. Yesterday's conditions were described as a washing machine and a non-existent bite, and the wind is supposed to build back tomorrow and Tuesday. We hit a nice window and landed some fish, lost a few. Doug's 23lb. king was the high hook for the day. Watching him bring it in with 500ft. of line out was fun! Danny was ready to relieve him if he wussed out. Ad Danny said afterward, "Dad, this was a whole lot of fun." I can't ask for better than that. 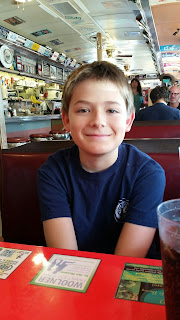 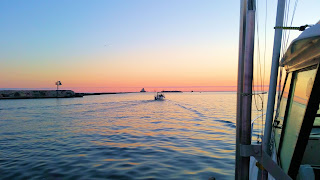 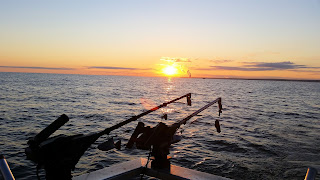 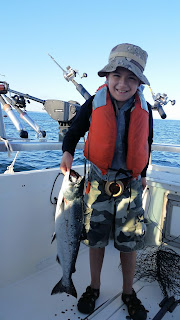 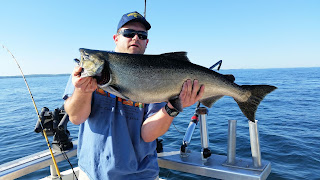 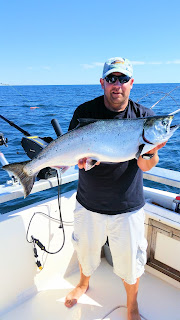 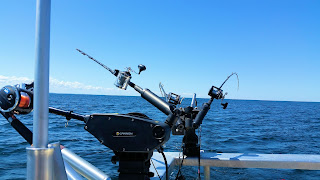 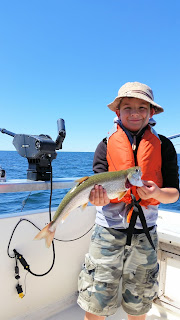 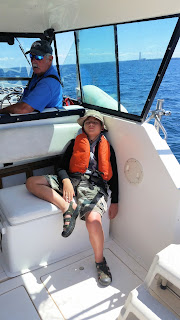 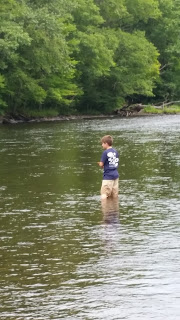 August is typically a slower saltwater month in the NE, and since my boat has been out of action anyway, I've had the chance to branch out a bit. Smallmouth bass action on the rivers in the NE has been red hot, so yesterday I drove up to Cornwall on the Upper Housatonic to fish some smallies and pike. This is a great fishery for kids, and while you won't find the 5+lb fish such as at a place like Candlewood, catching a few dozen 1-2lb fish on ultralight gear is a blast. Everything from small spinners, Cleos, Rebel Crawdads to soft plastics will draw strikes. A nearly skunksafe method with kids is fishing live crayfish. Bring a small pail and bait net, and let them have at it. They'll have as much fun catching bait as the fish. The Upper Housy has several fly only sections, and a two pound smallmouth on a 3wt with a crawdad imitation feels like a mini-tarpon. I finished up my day by jumping in my kayak to target some last light pike with bladed spinners. Little rivers up and down the Mid-Atlantic to the North East will have hungry smallmouth, and now is the time to have at 'em.
-Danny with a Salmon River smallie
-Pike on a white/chartreuse willow leaf spinner 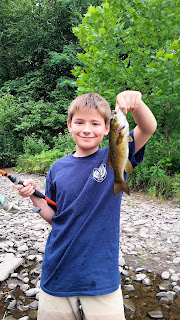 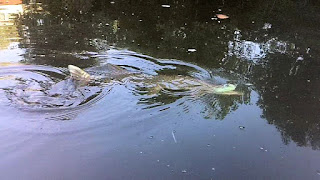