Building a Lordship A40 fishing lure 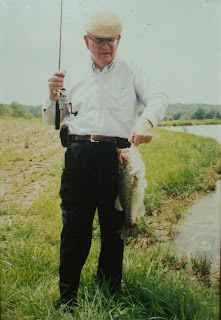 Tuesday evening January 17th, my Opa, Frederick Nicholas Herrmann passed away peacefully in his sleep at 93 years of age. I do not want to grieve for his passing, but instead celebrate his life.
Opa was my model of the Greatest Generation. He was a man that returned from a war, worked hard to raise and support his family, and took pride in the respect that he gained as an administrator at Richmond Memorial Hospital. Along the way, he worked in a prison (and had a shank he claimed came from a notorious killer) and down in what was the American Canal Zone in Panama.
As a very young boy, I recall being in awe of the WWII combat veteran, though he never really said much about the faded scars on his legs. I was fascinated with this history, building model WWII airplanes, playing with soldiers, reading and watching movies. Opa would just laugh, quipping that he didn't need to watch a movie because he had starred in the original. Much later in life I understood that those memories would remain as vivid in his twilight years as they had been three quarters of a century ago. On any other subject Opa could talk for hours. (Photo below: Opa, 270th Combat Engineers - wounded outside of Saarbrucken) 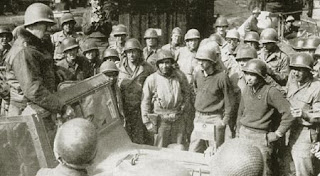 Oma and Opa's house was a combination of museum and library. Books were in every room on most subjects you could imagine (Opa had read them all), and a collection of artifacts adorned the shelves and table tops, from miniature cannons that fired and sailing ships to walrus teeth to animals and other figures carved in far away places. Many of those books are now in my house or in my classroom. He had swords on the walls and a Civil War musket. Coo Coo clocks and pendulum clocks marked time, some built by Opa in his woodshop. I was never bored there, because there was always something new to discover, and with everything came a story. 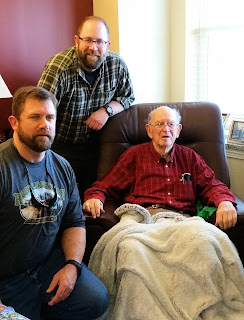 Opa loved the outdoors, and memories from my childhood include fishing trips to the Outer Banks, chasing blues and stripers up and down the beaches, to hikes around Virginia's historic landmarks. He was an avid angler and a naturalist. My collection of fishing gear still contains many of the Penn reels he fished down in Panama and which I occasionally use today. His firearms were not something to be feared, but marveled at, so long as proper safety was observed. I've taught my son to shoot on the .22 Remington that he received from his father as a young boy. 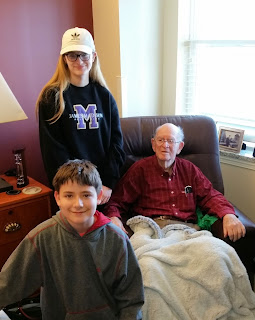 I am grateful that his great grandchildren have had the opportunity to get to know and love Opa, and while saddened by his passing, are learning to understand that this is also part of life and that our memories can be cherished long after his passing. So today, I am not mourning, but taking the time to remember the man who helped instill in me a love of history, adventure and the outdoors that has played such a large role in my life. I will surely miss Opa, but his life was one lived to the fullest, and his legacy continues in his grandchildren and great grandchildren.
Posted by RNA at 8:40 PM No comments:

Explore A Slice of Fishing Heaven On Jamaica Bay - On The Water: In the shadow of skyscrapers sits the artificial estuary known as Jamaica Bay
Posted by RNA at 8:00 PM No comments: 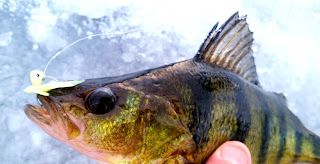 SO I finally got out on the ice today, though not until later in the afternoon. I decided to run up to the NW corner, where I knew most everything had at least 6-8" of ice. Since I know Tyler and Bantam were busy, I decided to check out Dog Pond. The air temps were still in the low teens and I sat through a few snow squalls, but it was worth it for the last 'Golden Hour" before sunset. None of the fish were big, and I didn't get a single flag, but I was jigging one crappie after another with some perch and the odd bluegill thrown in. The chartreuse Clam jig with a Maki Plastic was the way to go. Looks like we're going to have a warm up this mid-week, but it shouldn't be too bad if it gets back down by the weekend. I only need to make it through a few weekends of this until I'm down in FL 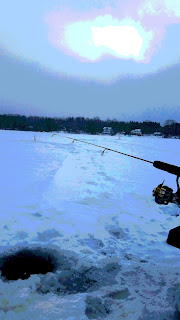 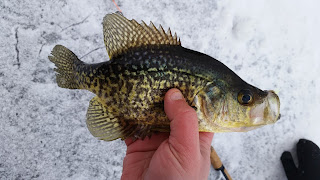 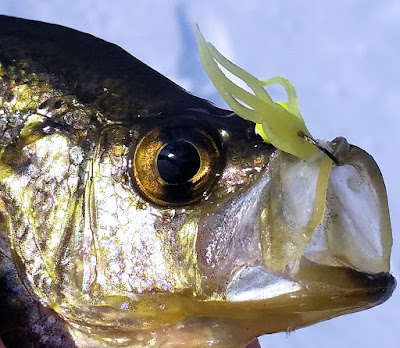 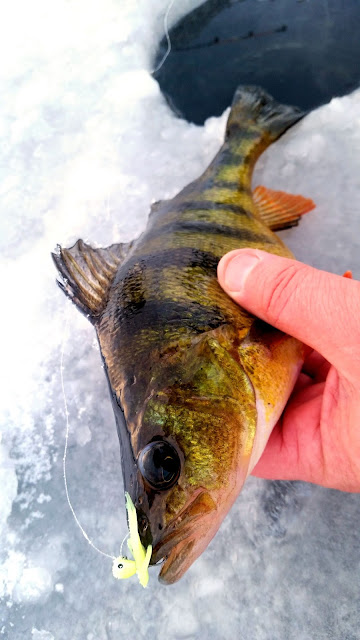 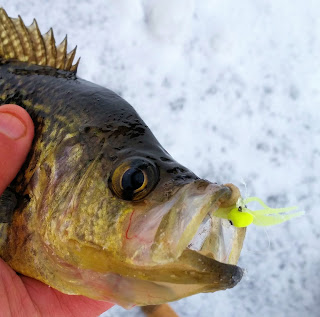